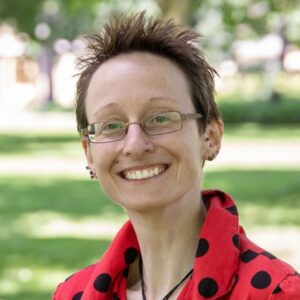 Orchid Tierney is a poet and scholar from Aotearoa New Zealand, who now resides in Gambier, Ohio. She is the author of a year of misreading the wildcats (OS, 2019) and chapbooks my beatrice (above/ground press, 2020), ocean plastic (BlazeVOX Books, 2019) among many others. She is assistant professor of English at Kenyon College.

Compared to other writers, I began fairly late in life. I was working on my doctoral dissertation at the University of Pennsylvania, and I had just finished my first chapter, feeling somewhat lost as to “the Point” of the trajectory I was trying to imagine for myself. But two significant shifts in my outlook happened in 2016. One was Tr**p’s win in the presidential election, and the other was reading Jennifer Scappettone’s amazing collection The Republic of Exit 43. 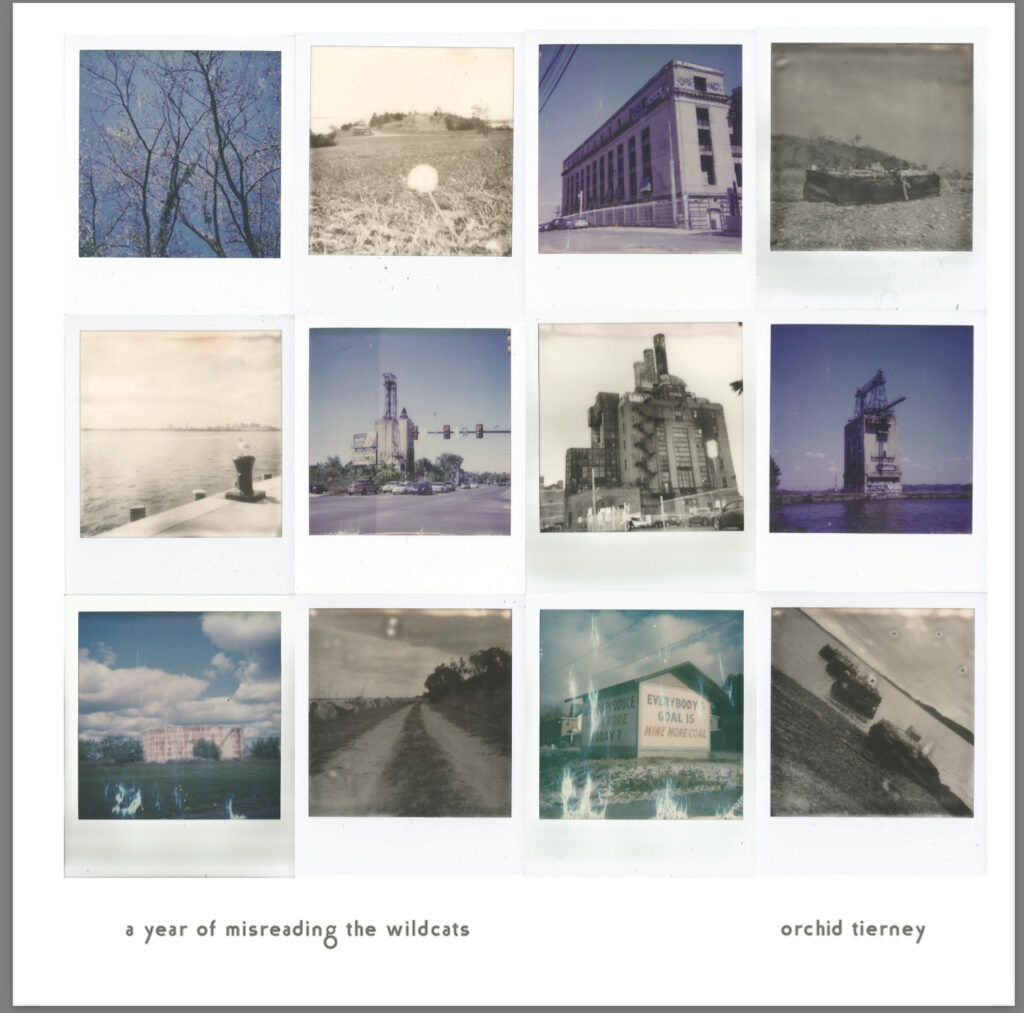 Firstly, both these events underscored for me the need to participate actively in areas of threat and exclusion—whether it is in the political spaces of protest or on the landfill—and, secondly, literary and artistic responses were appropriate modes of registering hope and refusal during times of shelter and mobilised violence. My first collection of poetry, a year of misreading the wildcats (open access copy here) was invested in the idea of being inside manufactured spaces that reflect our petroleum imaginaries. 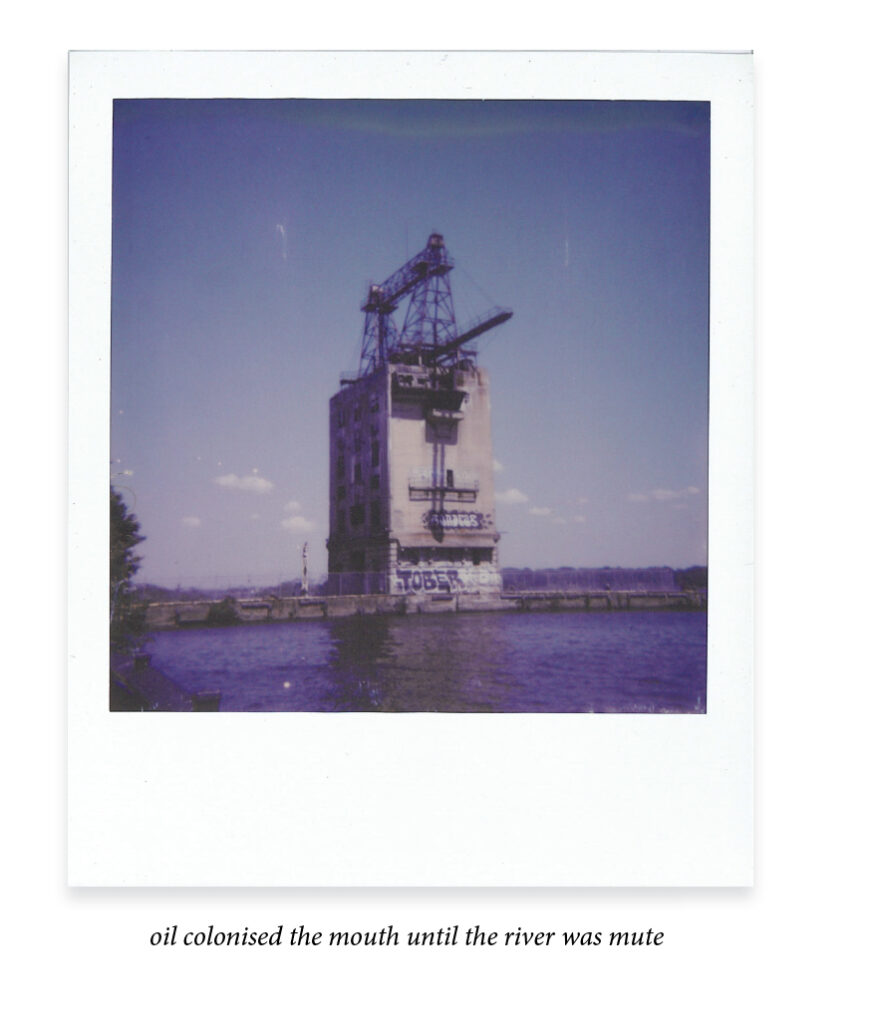 I visited, for example, sites that conform to our expectations of nature but are, in fact, built environments that still register their contested histories of bioremediation and pollution, such as Pettys Island. Other urban locations, such as the Willow Street Steam Plant in Philadelphia, document how nature is a state of constant promise in urban settings. All this is to say, my poetic practice is a want to engage with these site-specific collusions, where the rural and urban are not divisible but a stream of multiple dialogic encounters.

Share with us one of your favorite creative pieces and the natural environment it responds to.

I’m particularly proud of a piece of creative nonfiction on Spectacle Island in Boston, which is found here and in Rascal Journal, edited by Ricky Ray. The island has had a varied history: smallpox sufferers were quarantined there in the nineteenth century, and until the 1950s, it also served as Boston’s landfill. During the early decade of the twenty-first century, the landfill was bioremediated extensively to correct the environmental damage on the island. Teri Rueb, a sound artist, produced a fascinating soundwalk in response to the island’s history, which informed greatly my thinking while I was there, although I wasn’t able to access the work due to current technology limitations.

I decided to take photographs of Spectacle Island, which is open only during the spring and summer months (or at least, it was when I visited in 2017). The black and white pictures capture, I believe, a legacy of the island as well as landscapes like it that still bruise despite the enclosure of their histories. It’s a beautiful location, but the island serves as an index for displacement, both in terms of the Native American inhabitants, who lived on the island before settler occupation, and the former residents who used to live on the landfill. I frequently think about Spectacle Island and land masses like it, which are similarly indexes for displacement and unsettlement, spaces of ideological constructions as gardens and blight, or sites for the Empire’s wasteful excisions. 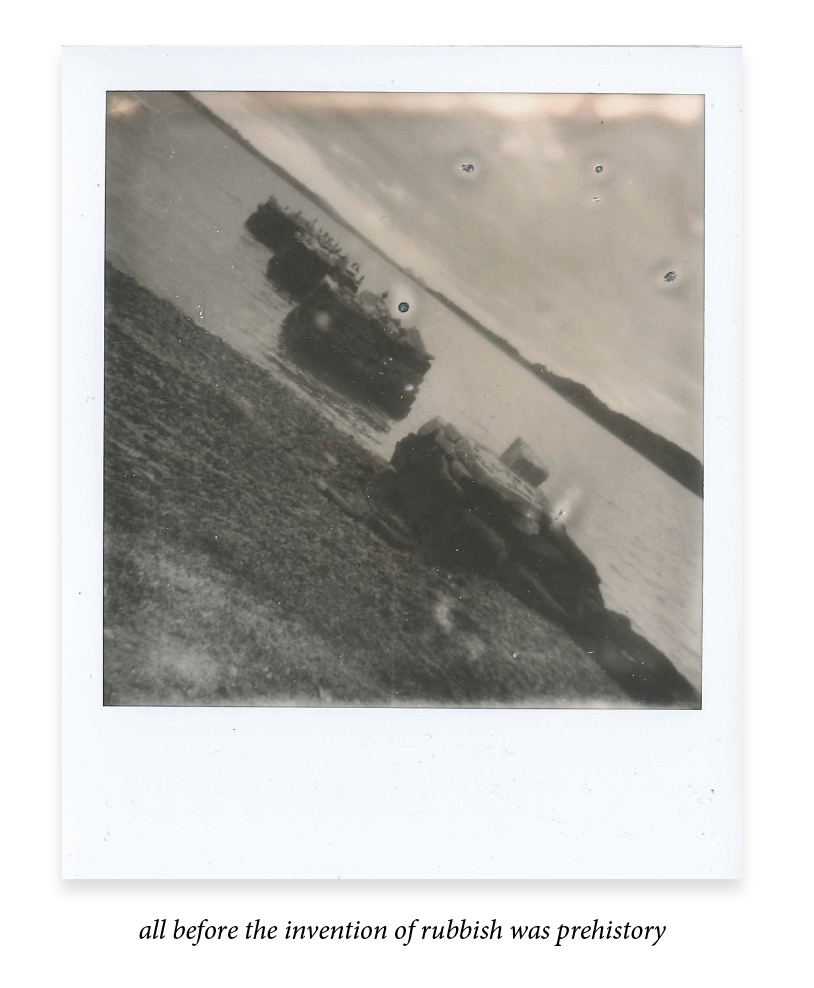 I try to be intentional without the need for output. Right now, I am imagining a practice of slow engagement that invites reflection rather than capture. Both photography and poetry can impose a kind of slow witnessing of an environment that counters the normalisation of panic our era of the long emergency enables.

This is where community-building is vital, because community is the foundation of poetic action—at least in my opinion. That means: know whose land you are on, know those legacies of harm, engage with the possibility of change, listen to others who are doing both the major and minor work. (There are many voices to listen to: Camille T. Dungy,  Ed Roberson, Brian Foo, James Sherry, Kathy Jetn̄il-Kijiner, Angela Rawlings, Petra Kuppers, David Eggleton, Eunice Andrada, and of course DJ Lee to name a few examples.)

Community-building means decentring yourself, create networks (not silos), imagine choruses (not solos). I haven’t always done this kind of expansive work, but over the last three years, I’ve realised how much I enjoy collaboration and listening as a model for social change. And for that reason, I invite any interested collaborators to reach out and listen with me. 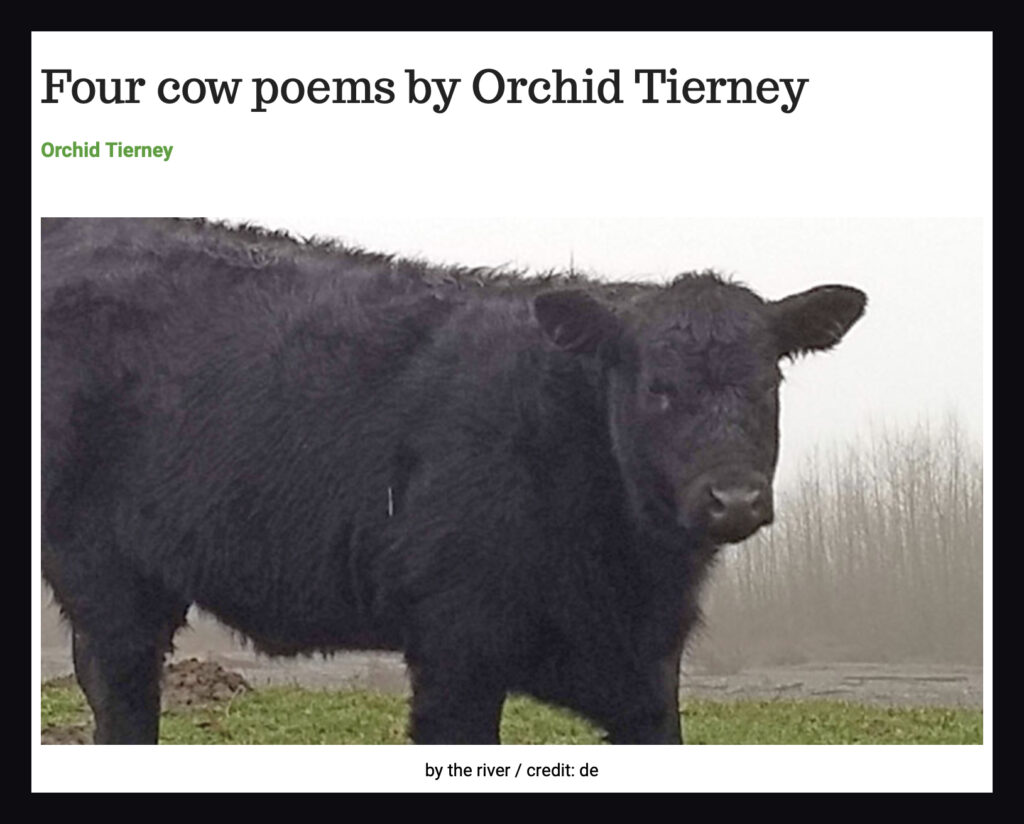